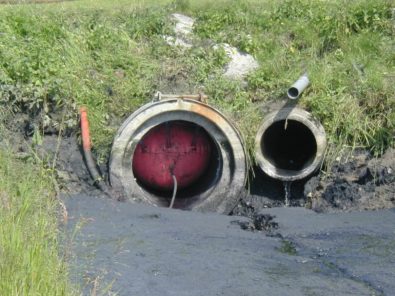 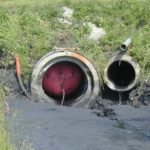 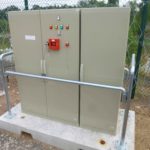 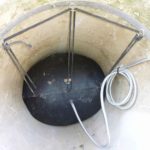 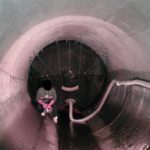 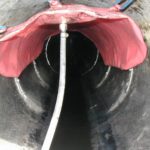 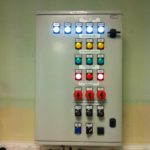 Why use an emergency pipe plug?

It does not disturb the flow when it is not in action. It is positioned in the upper part of the pipeline. The pipe plug has a very low thickness (approx. 15mm).

Its inflation device, via a pannel control  with a compressed air cylinder, gives it the necessary autonomy even in case of fire.

To plug the pipe, it is enough to :

Harmful products will be either

By reacting the pannel control, the inflatable plug will deflate in a few minutes. Then it will automatically return to its initial position thanks to its Integrated Reversibility System. We can inflate and deflate the emergency pipe plug as many times as necessary provided compressed air is available.

We install them and their pannel control on your site. Finally, our specialized team of Musthane technicians will, upon request, ensure the annual maintenance of these safety devices.

The emergency pipe plugs are used in all industries.

We manufacture them to measure in order to adapt them to the shape of your pipe :

Satisfy the legislation of the classified sites:

In some countries, relating to the prevention of accidental risks within classified facilities for the protection of the environment subject to authorization obliges companies to have a retention basin or an equivalent device sized to collect all water likely to be polluted during an accident or fire, including water used for extinguishing.

Musthane equips a large number of nuclear power plants with its emergency pipe plugs and their remote control system. This allows security guards to :

Prevent the pollution of water networks in a few seconds:

In case of fire or accidental chemical spill, the site can be put under retention in a few minutes. The site’s piping network stores fire or polluted water while awaiting treatment.

The anti-pollution pipe plug is also useful to prevent flooding due to upwelling. Simply leave the plug inflated in the affected pipe to avoid this problem.

The skin of the inflatable pipe plug is made of technical fabric coated with elastomer, its choice will depend on the chemicals in contact and their concentrations or temperatures.

The control board is mounted in a reinforced polyester case.It has IP54 protection against weather and dust as well as mechanical shocks. In addition, this material guarantees optimal use for long-term outdoor packaging.

A special sealing system effectively protects the components from external influences such as :

It has a punch system for quick release.

We set it to the required inflation pressure of the plugs.

You have a project or a problem to solve ? Fill out our contact form to send us your request. Our team of experts will get back to you as soon as possible.